The weather is finally turning cooler!  Let's take advantage of the chance in temperature to refresh our minds!

Our social studies lessons will include battles of the Revolutionary War, the Great Depression, and Latin America country profiles.  Please complete any follow-up work from these lessons by Friday.  As always, everyone will also have a weekly quill.org grammar practice assignment and a current event to read at Newsela.com.  Writing practice will include completing week 6 of the "Red Door" narrative writing project (for 4th and 6th graders) and a writing process lesson from Ms. Pat (5th graders).

Your word study lists will look a bit different than you've seen in the past.  Starting this week, you will have more than 10 words and (often) more than 2 categories.  I've made pre-printed spelling lists for you that can be found on the language arts shelf.  You can simply glue these lists onto your workplan, instead of having to write them down.  I'll also provide you with ready-made sorting card cards to cut apart and use in practice sorting.

Here are the word lists for the week: 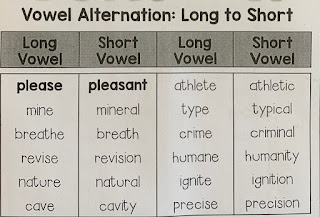 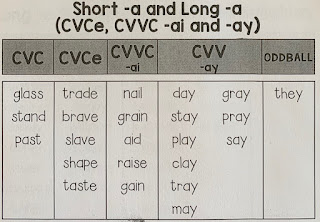 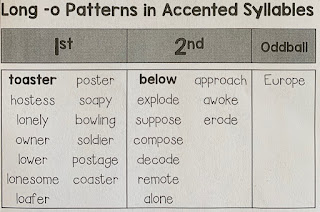 Please study the following vocabulary words for a quiz on Monday, October 28th.


Branch- a part that has a role within a larger organization


Amendment- a change or addition to a written document


Due process- a legal process established to make sure people are not punished for a crime without first being found guilty in an orderly, adequate process that includes a fair trial


Prohibit- to not allow


First Amendment of the US Constitution- Includes freedom of religion, freedom of speech, freedom of the press, the right to petition, and freedom of assembly

Stock- shares of ownership in a company


Herbert Hoover- President of the United States during the Great Depression


Margaret Mitchell- Southern author of the book “Gone With the Wind”


Gulf of Mexico- an arm of the Atlantic Ocean, cradled by Mexico and the southern US coastline from Texas to Florida


Political map- designed to show governmental boundaries of countries, states, and counties, the location of major cities, and they usually include significant bodies of water.

The PTA fall festival will take place this Friday!  I hope to see you all there to enjoy the autumn season!

Finally, term 1 parent/teacher conferences are coming to an end this week.  I've enjoyed getting a chance to sit down with everyone and talk about our classroom.

Posted by Trent Kissinger at 1:10 PM