Over Spring Break I've had the opportunity to visit Greece!  During my time in Santorini and Athens I came across so many examples of things we've studied this year...I really wish you were along to see them for yourself!

While on the island of Santorini in the Aegean Sea, I took a boat around a volcano that is still growing by 15 cm a year.  The surrounding islands were actually part of one central volcano.  The volcano erupted about 3,600 years ago causing it to collapse in on itself creating the circular island group seen today.  The landscape is a mixture of lava rocks.  I've brought some home for our science shelf.  We can even give a bit of pumice to Georgia the chinchilla for her dust bath! 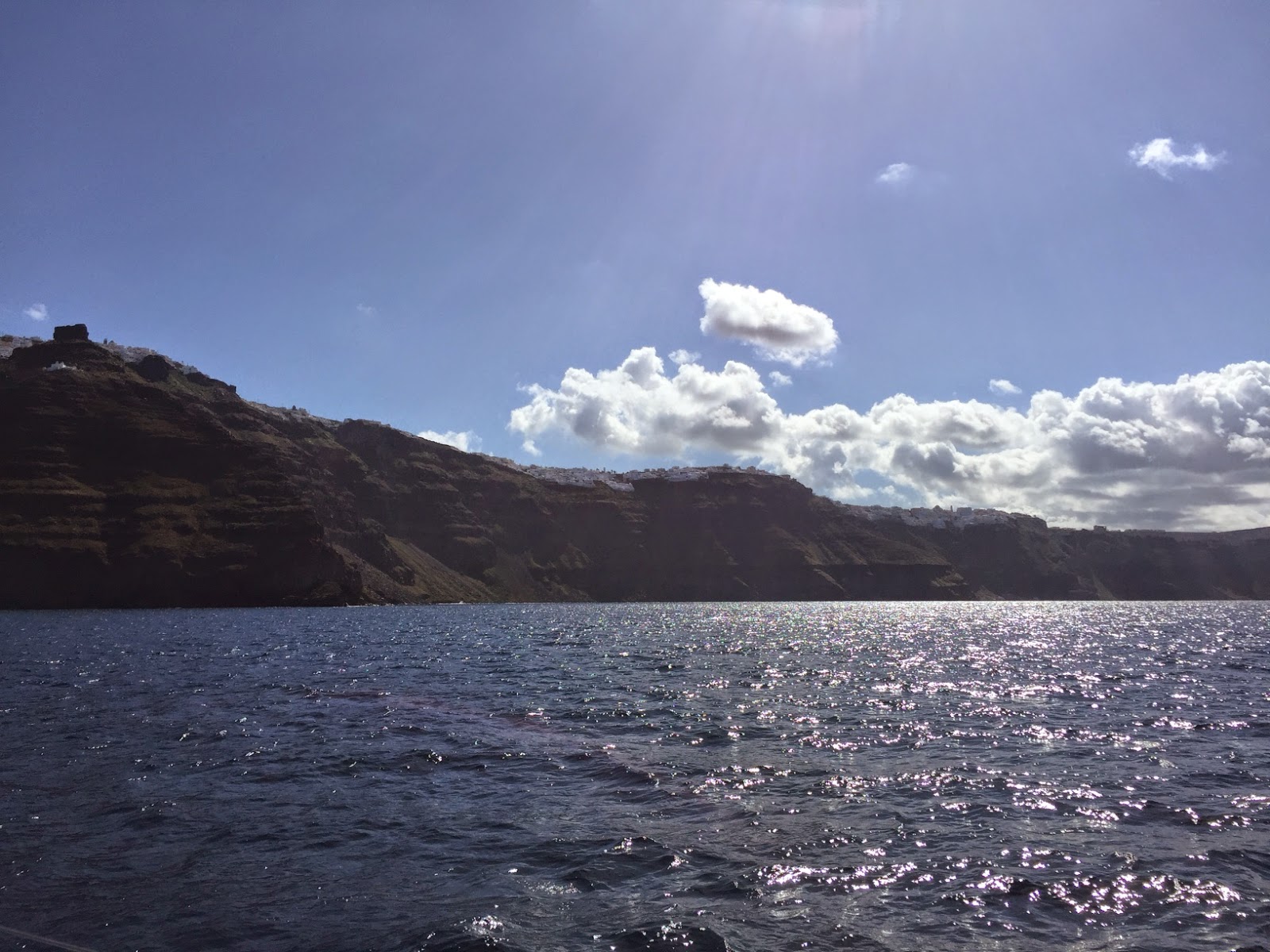 The Volcanic Center Island in the Santorini, Greece Caldera

The side of Santorini that does not face the volcano is made up of beautifully terraced farmland.  The farmers have terraced the land to help fight the effects of erosion.  The stepped landscape keeps water from rushing down the hillside and washing the precious topsoil away with it. 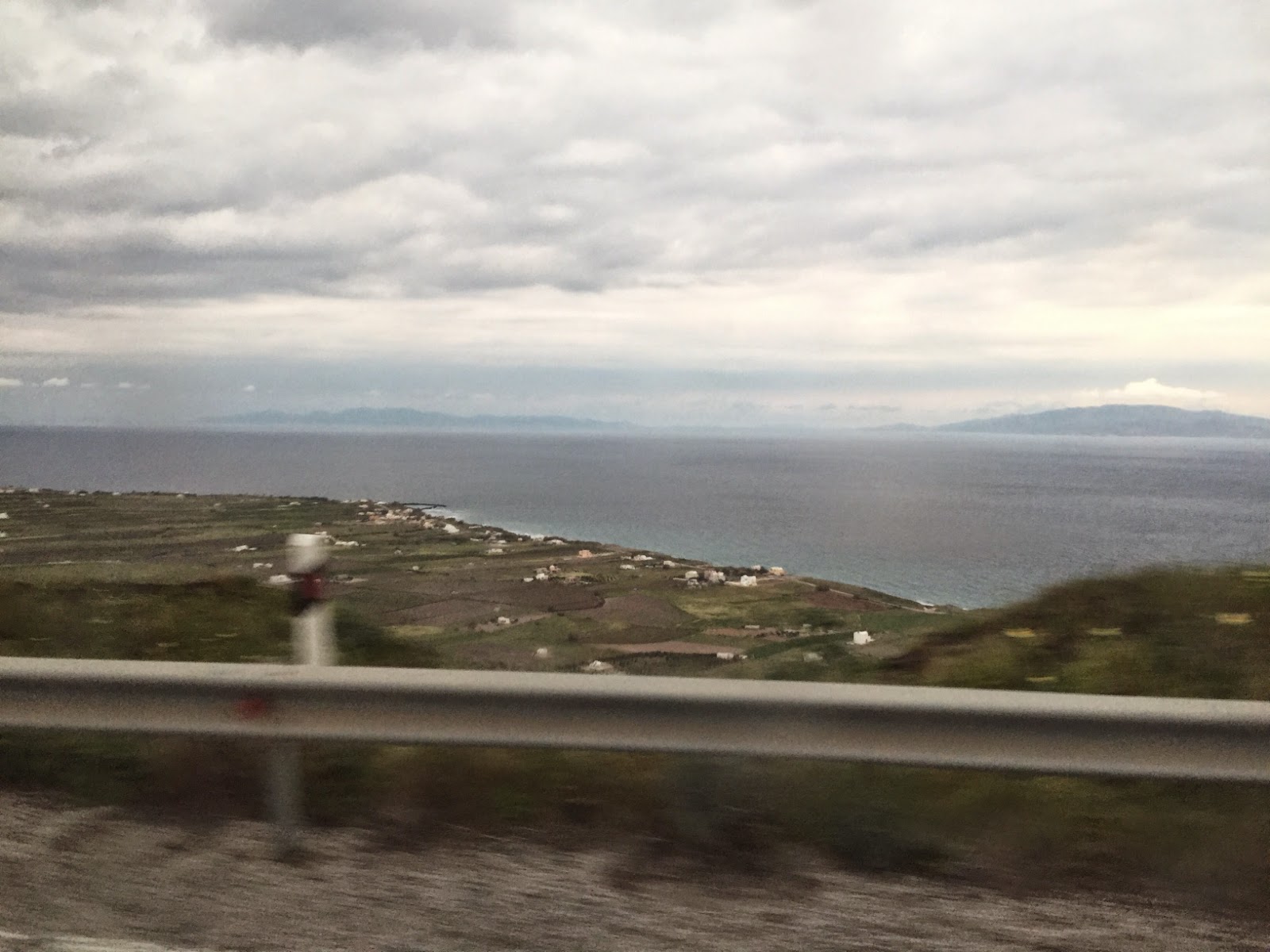 Farmers their land on the Island of Santorini to prevent erosion.

In Athens, the capital of Greece, I spent some time exploring the ancient ruins located on the Acropolis.  A major reconstruction effort is happening to save one of the most famous temples found there, the Parthenon.  Thousands of years (it was completed in 432 BC) of weathering has damaged much of it.  Slowly but surely this breath-taking building raising above the city once again. 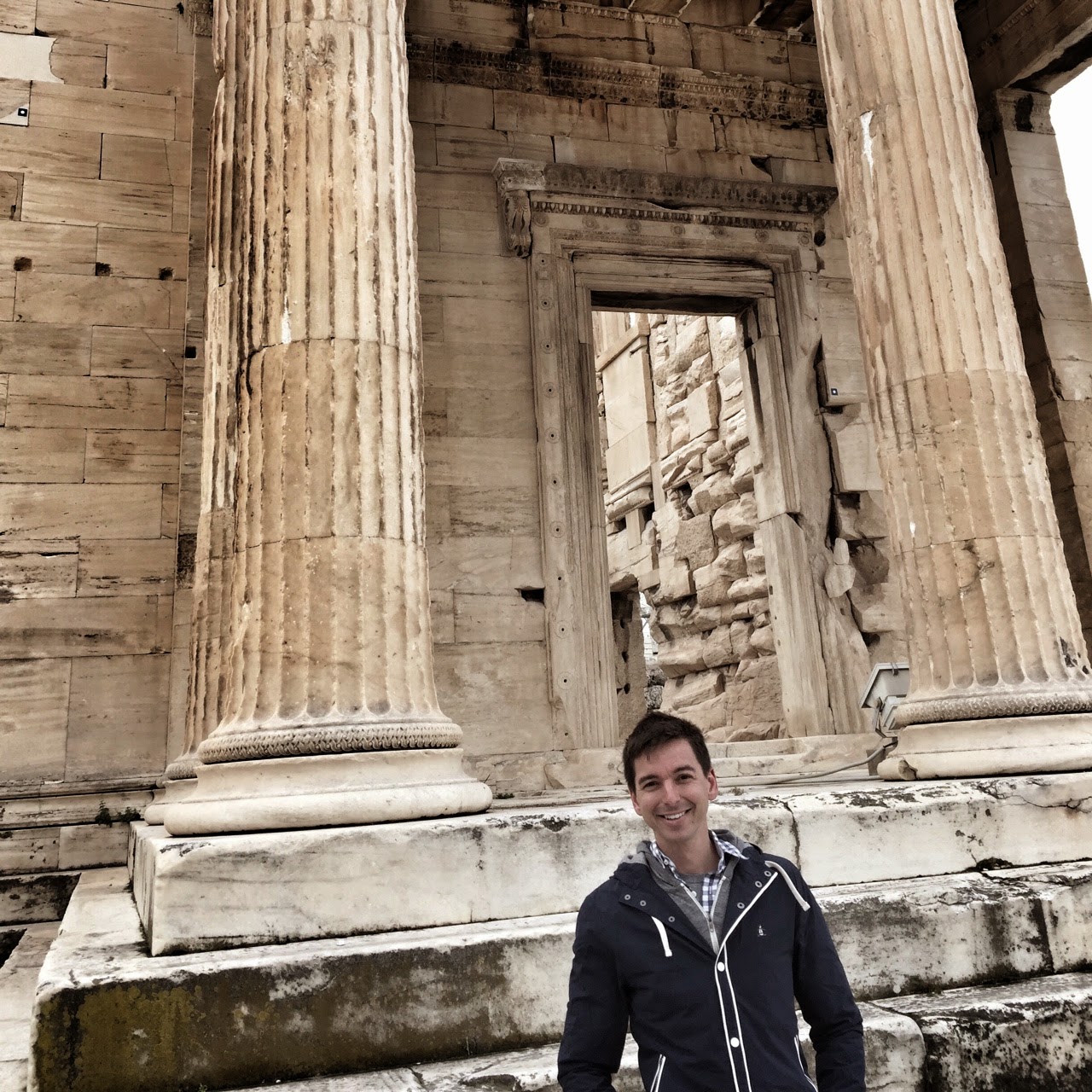 Here I am admiring the weathered ancient wonders of the Acropolis in Athens, Greece!

I also enjoyed a few hours wandering the Acropolis Museum.  I thought that ancient Greek statues were simply intended to be beautiful white marble, but now archeologists are finding that some were painted beautiful colors by the artists who created them!  The paint used on these sculptures was created using ground up rocks and minerals like azurite and malachite.  Perhaps you may wish to make some of your own paint from rocks...HERE is one way to do it.

I hope you are enjoying your Spring Break as well!  I can't wait to hear how you spent your time off...especially if you came across some unexpected examples of science (or math) concepts we've studied.

Posted by Trent Kissinger at 3:28 PM