I've arrived safely to the United Arab Emirates late last evening.  I spent the day today in a section of Abu Dhabi called the Corniche.  The Corniche is a beautiful park that is on the Arabian Gulf.  I had some good food, took some great pictures, and rode around on rented bikes with some friends as the sun set over the water.  I'll add pictures as soon as I'm able to upload them.  I'm excited to share with you how amazing this place is! 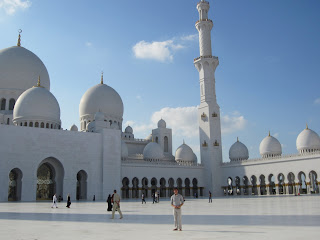 Here is a picture of me at the Grand Mosque.  It is HUGE! 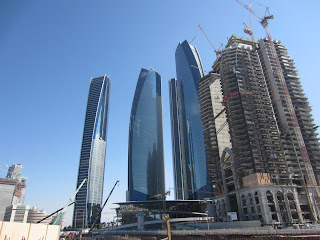 Explosive growth all over the city. 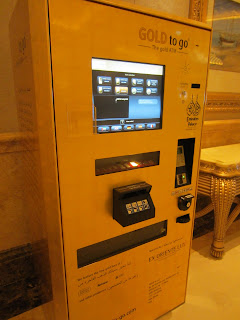 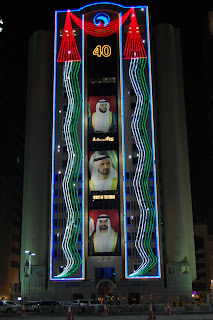 Getting ready for National Day.  The U.A.E. turns 40 years old on December 2nd! 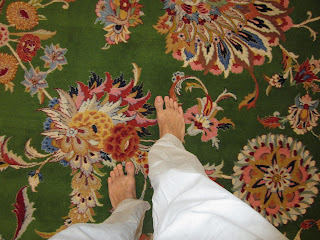 The world's largest rug in the Grand Mosque.  So plush! 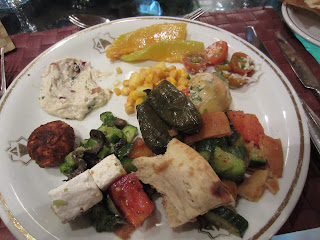 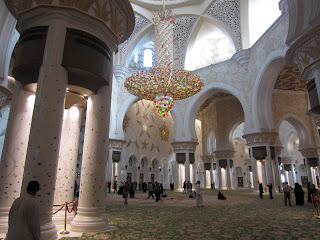 The world's largest chandelier in the Grand Mosque. 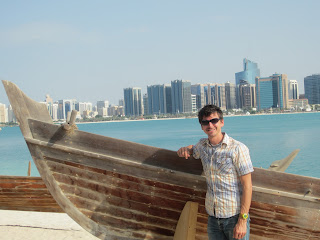 Old meets new:  A traditional dhow boat with the Abu Dhabi skyline across the Arabian Gulf.

UPDATE:  I've just arrived back from the UAE.  I had a wonderful time, and I have some great pics to show you on Monday.  I even have a small surprise for each of you from abroad!  I hope you had a nice break, too!
Posted by Trent Kissinger at 10:24 AM