All eyes are on the tropics as Dorian slowly makes his way closer to the United States!  As of now, we are planning on having "business as usual" next week.  That being said, we will make any necessary changes to keep everyone safe.  Be on the lookout for email and call-outs about weather related issues if they do arise.

Our social studies research will include studying the 13 colonies, the late 1800's in America, and continued research of Europe using the country study charts Montessori material.  We will also read the next chapter in our novel study books.  Some students will start a creative writing project that will give you a chance to create a magical adventure!

You will have a word study quiz on the following words Friday. Please write these words onto your workplan and study and throughout the upcoming week. It is important that you are writing your words down on Tuesday since you will have one less day to prepare for your quiz.

Your vocabulary words this week will be about your social study lessons. Please copy and study the following words into your workplan. You will have a quiz on these words Monday, September 9th.

Sugar Act- law that increased the price of sugar, molasses, and several other colonial goods

Parliament- the body of representatives that makes laws for Great Britain

Tyrants- a cruel and unreasonable ruler

Engraving- a print made from an engraved plate, block, or other surface.

Propaganda- information, often misleading or one-sided, used to promote a particular cause

Immigrant- a person who moves to a new country

Refugee- a person who flees one country for another in search of safety.

Visa- a legal permit to enter a country

Ellis Island- in Upper New York Bay, was the gateway for over 12 million immigrants to the U.S. as the United States' busiest immigrant inspection station for over 60 years from 1892 until 1954

Steerage- the cheapest passenger accommodations aboard a ship.

Pluralism- the existence of groups with different ethnic, religious, or political backgrounds within one society.

United Kingdom- a small island nation located off the coast of mainland Europe.

Trade- the action of buying and selling goods and services

Climate- The average weather conditions in a certain place over many years.

Manufacturing-  make something on a large scale using machinery

Deposits- a natural layer of sand, rock, coal, or other material

Heartland- the central or most important part of a country, area, or field of activity.

Agriculture- the science or practice of farming, including cultivation of the soil for the growing of crops and the rearing of animals to provide food, wool, and other products.

Urban- characteristic of a city or town.


Rural- relating to, or characteristic of the countryside rather than the town.

I hope you enjoy your day off on Monday!

Mr. Trent
Posted by Trent Kissinger at 1:58 PM No comments: 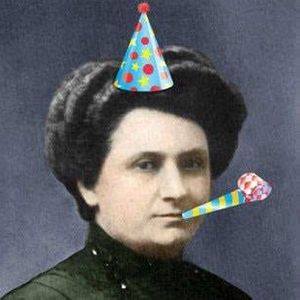 Tomorrow is Maria Montessori’s birthday!  Today we take time to celebrate her life and legacy!

Posted by Trent Kissinger at 6:21 AM No comments:

Our social studies research will include colonial life in America, The French and Indian War, and continued research of Europe using the country study charts Montessori material.  I'm most excited about starting our first novel study groups for the year!  I have many great stories to share with you, and I can't wait to get reading with you!

You will have a word study quiz on the following words Friday. Please write these words onto your workplan and study and throughout the upcoming week.

Be sure to be checking our online classroom calendar page for important upcoming events. If you use Google Calendar, you can even sync it to your own account! Just click the tiny + at the bottom of the list of events.

Posted by Trent Kissinger at 5:04 PM No comments:

Girls on the Run Info.

Girls on the Run is a program that inspires girls to be joyful, healthy and confident using a fun, experience-based curriculum which creatively integrates running. We will be meeting Tuesday and Friday afternoons from 3:00-4:30.This season of Girls on the Run is set to start next Tuesday! There are only 7 spots left on the team, so if your 3rd-5th grade daughter is interested, register today!

Parents of 3rd-5th grade girls: Click here to register your daughter for Ellis' Girls on the Run of Coastal Georgia and Lowcountry chapter.

For more information about Girls on the Run, please read the flyer here. 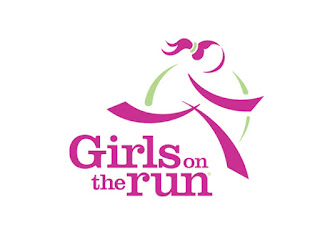 Girls on the Run


Posted by Trent Kissinger at 1:57 PM No comments:

Posted by Trent Kissinger at 5:45 PM No comments:

Are you ready for another great week at Ellis?  There's a lot of fun and learning awaiting you!

Our social studies research will include continued studies of the Fundamental Needs of Humans chart, westward expansion in the United States, and a review of European geography.  Language lessons will include some more sentence analysis work.

You will also have a word study quiz on the following words:


Finally, please copy the following vocabulary words onto your work plan to prepare for a quiz on Monday, August 26th.

Shelter- a structure that provides protection

Vanity- pride in oneself or appearance

Textiles- a woven or knit cloth

Culture- the customary beliefs, social forms, and material traits of a racial, religious, or social group

Ornamentation- an object or action done to embellish one's appearance

Material- relating to physical matter rather than spiritual or intellectual things

Gold Rush- a large-scale and hasty movement of people to a region where gold has been discovered, as to California in 1849.

Chisholm Trail- a cattle trail leading North from San Antonio, Texas to Abilene, Kansas It was used for about twenty years after the Civil War.

Black cowboys- Roughly 9,000 African American cowboys who had been freed from slavery to work in the American west.

Westward expansion- The movement of people towards the western United States during and after the Civil War.

George Washington Carver- An African American scientist who made an enormous impact on American life by inventing plastics, dyes, medicines, flour, and fertilizers from sweet potatoes and peanuts.

Phonograph- a sound-reproducing machine using records in the form of cylinders or discs.

Transcontinental Railroad- A train route across the United States, finished in 1869.

Eurasia- the large landmass that includes both Europe and Asia

English Channel- a narrow sea between Great Britain and France

Population- the total number of persons inhabiting a country, city, or any district or area.

Peninsula- an area of land almost completely surrounded by water except for an isthmus connecting it with the mainland.

There are a number of other special things happening this week.  They include:

Finally, you will be receiving your first progress report of the year this Tuesday!  Please review it with your family, sign the front cover of the workplan, and return it to your teacher Wednesday.  Part of the report is found at www.transparentclassroom.com.  Feel free to contact me on the Remind app if you have any questions.

Posted by Trent Kissinger at 1:48 PM No comments:

Welcome to your second week of school!  I had such a great time last week getting to know you, and I am excited to see the wonderful fun and learning that will happen within our classroom walls during our year together!

This weeks marks the first week of our lesson schedule that will include small-group lessons and a Montessori workperiod.

4th grade social studies lessons will focus on the Fundamental Needs of Humans, 5th grade will investigate the political and physical geography of the United States, and 6th grade will use our map cabinets to identify important places found in Europe.  Your required assignments will include a follow-up activity based on your lessons.

Language arts lessons will be associated with sentence analysis work.  Your followup will require you to diagram sentences and identify adverbial phrases.

Social Studies and Language Arts followup works are due by Friday.

In addition to your lesson followups, please complete the following online works by Friday:

Finally, you will have your first word study quiz this Friday!  The following word lists will be written on the board for you to copy onto your workplan.  Your group will be listed on your workplan when you receive it Monday morning.  You will need to not only spell the words correctly but also place them into the correct category.

Be sure to keep track of your daily work on your workplan by writing "I Can" statements that explain the skill you are practicing.  It is also important that you are spending time on each of the subjects every day to keep a "healthy diet".  We will be having time for a daily journaling time where you can reflect on your time management skills, quality of work, and worktime choices.

Enjoy your weekend,
Mr. Trent
Posted by Trent Kissinger at 1:45 PM No comments:

An anole has decided to come inside and spend some time in our classroom!  Ms. Marianna, Ms. Koral, and myself have seen it relaxing on the wall and taking a nap in the plant on our peace shelf.  Keep a look-out for it when you come to the first day of school! 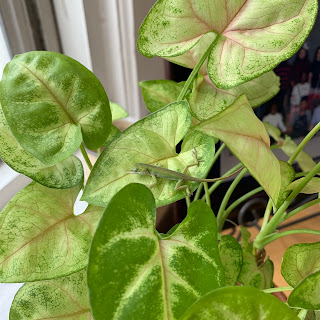 a visiting anole finds a cozy place to sleep on the peace shelf
Posted by Trent Kissinger at 12:48 PM No comments: